Anyone who knows me knows that I love tea!  From fermented kombucha, homemade chai to simple jasmine green tea, I have a passion for tea!  I go through phases with my tea preferences.

These days I am sipping on Red Rooibos Ice Tea and it is AMAZING!

Memories of my year living in Southern Africa are infused with the fragrance and flavour of this healthy herbal tea.

The first time I had Rooibos tea was 25 years ago while I was a volunteer in the Kingdom of Swaziland, Southern Africa. I worked for an NGO disseminating and collecting information among rural women’s groups about HIV/AIDS.

Tea was always served warm with honey and milk on the Swazi veld ( the wide-open rural savanna typical to Southern Africa), I would often have it with a splash of lime juice when it was offered to me.

The country formerly known as Swaziland

The Kingdom of Swaziland was officially renamed the Kingdom of Eswatini in April 2018. On the 50th anniversary of Independence, King Mswati III renamed his country Eswatini to break free from colonial history.

Rooibos meaning “red bush” is native to Southern Africa. While technically not a tea the rooibos plant is actually a wild bush that when harvested the leaves are dried and brewed into a reddish-brown herbal infusion. It is believed that both the indigenous Khoisan and the San inhabitants of South Africa knew of the medicinal properties of Rooibos before the eighteenth century.

I bring 2 cups of water to a boil.  Add honey and stir to dissolve.  Add tea and steep for few minutes while you slice your lime. You can remove the tea bags after cooling and pour the brewed tea into a pitcher or mason jar. Add 3 more cups cold water as well as fresh mint leaves and store in the fridge until ready to pour!

Some of the health benefits of  Rooibos Herb Ice Tea 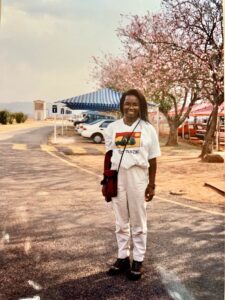 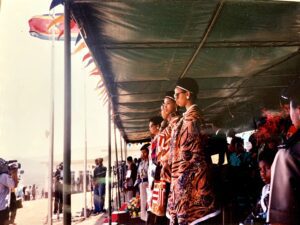 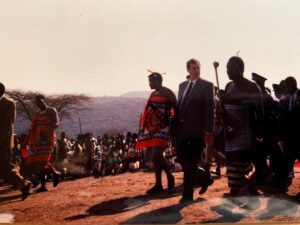 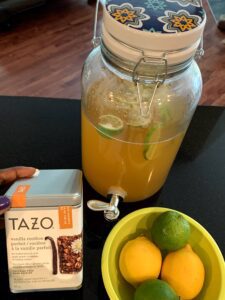 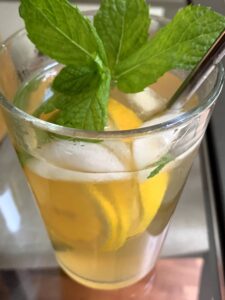 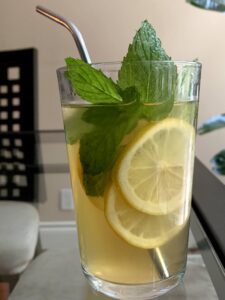 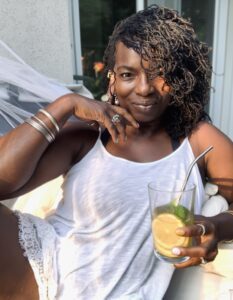 Posted in About Me, Blogging, Travel, Wellness